Moving the Conversation Forward: Criteria for who is a victim of crime

One of the clear desires and emergent themes from the various discussions and engagement held prior to the Forum was the need to ensure that victims receive at least the same supports as the offenders who harmed them and the same services as other victims of crime in Canada, no matter where a victim resides.

In order for victims to exercise their rights and to play a role in the criminal justice process, they need to understand the process and their rights and role within it. Beyond information about the system, victims also want to know about the offender who harmed them and whether they have made any progress in addressing the issues that led to the original victimization.


Moving the Conversation Forward: Awareness of and collaboration across the network of victims' services

Given Canada's vast geographical area and its jurisdictional divisions when it comes to victim issues, ensuring seamless service to victims is extremely challenging. In order to address this, participants discussed some of the possible ways forward to heighten the awareness of existing victim services and the collaboration between victim-serving organizations across the country.

One of the most common concerns that the OFOVC has heard from victims since its inception is the lack of opportunity for victims to truly be heard in the criminal justice process and, more generally, in relation to relevant issues. In recognizing the value that victims have to offer, participants discussed the ways in which a stronger victims' voice could be incorporated into Canada's justice system.

Although it falls outside the scope of the OFOVC's mandate—which deals with services to victims following a crime—the Office realizes and acknowledges the important role of prevention and safety, and that more needs to be done to ensure that fewer Canadians are victimized. Participants shared their ideas and recommendations for how to better understand and address the root causes of violence and criminality before it results in tragedy.


Moving the Conversation Forward: Equity of treatment before the law

It is often surprising and immensely frustrating for victims to learn that their role is very limited within the criminal justice system and that, on balance, they have far fewer rights to certain treatment, information and participation than the offender who harmed them.

Moving the Conversation Forward: Equity across all regions of the country

In Canada, where a victim resides may impact the types and level of services available to them. For this theme, participants discussed the importance of ensuring that all victims have access to at least the same basic services. They also discussed the challenges and frustrations of accessing services across jurisdictional boundaries. 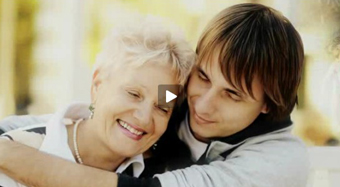 Canada. People everywhere see our country as a remarkable place… one of the best nations in the world. We're known for our openness of spirit and for the things we value - respect, fairness, dignity. The rights and freedoms that define us as a nation are a treasured expression of our uniqueness. Most of the time, we take all these things for granted. But in an instant, an act of crime can change everything. In an instant, any one of us can become a victim.